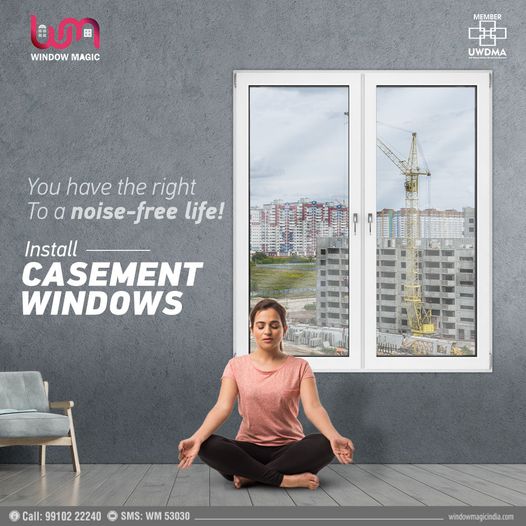 What is a casement window?

A window which is attached to its frames by more than one hinges on its side. They usually consist of metal and glass panes held together in one place with pieces of lead.
In the beginning of Victorian era, most of the casement windows are made of timber in its entirety. They were covered by functional exterior shutters which opened outwards.
They are rarely opened with a cam handle, lever or a crank as well.
There are two types of casement windows with respect how it is opened.

What are the parts of a casement window?

Unlike other upvc windows and doors, casements windows have several parts

What are the uses of casement windows?

Who are the industry leaders of casement windows?

Window Magic are one of the introducers of uPVC windows and doors in India. They provide effective and aesthetically pleasing products with high quality materials.
They provide pre-order process, helps you in installation and gives customer service as well.
Visit their website today for more information.